Beach Clean Up Only Takes 2 Minutes 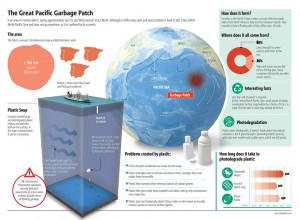 Ever wonder where all that beach plastic comes from?

This infographic (click on to enlarge) is a good place to start understanding that our seas are part of the oceans which do not have boundaries and the devastating effects of plastic build.  Weather systems circulate and rivers carry a constant flow of debris through waterways, accounting for 80% of the litter that lands on a beach near you. 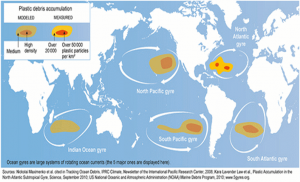 And just to bring Ireland into that picture – take a look at the North Atlantic concentration levels of plastic debris circulating in the ocean.  It has the highest density in the WORLD.  We are part of this ocean current system.

So who is responsible?

That’s the decision we have to collectively make to admit firstly that this corrosive tide of plastic will smother your sandy beach, harm the fish, birds and wildlife that inhabit the coastline – then commit to doing something about it.

Looking at these illustrations we can clearly see our place and part in a global system, we are an island economically dependent on aquaculture, agriculture and Irish culture. This problem will endure and be buried underfoot to leach into the soil and water table if not removed on a timely basis or left to ‘others’ to solve.

Local Irish coastal groups are growing in numbers, taking small initiatives to tackle the issue and  making a huge impact.  Clonmel Covers MD Seamus Phelan heads up  a team of 4, The Beachcombers, committed to clearing their local beach in Dungarvan and in a short time with the help of Clean Coast have  put in place 12 collection points along the peninsula for everyone who enjoys the area to take their part in the 2 minute beach clean.

#2minutebeachclean is An Taisce’s latest initiative to raise awareness of the nationwide Clean Coast groups’ work.  Anyone of any age can join and become part of this growing environmental group.

Watch this video to see just how quick and simple taking part can be.


If you don’t know where to start but want to take part in the Clean Coast conversation on Facebook, Twitter or Instagram, get on your keyboard and make some noise about what’s happening on your coastline, using the hashtags #cleancoasts or #2minutebeachclean.

Want to take part in the Dungarvan Beachcombers beach clean up?

The collection points for litter are already in place at the Cunnigear Penninsula but why not join the group and take part in a growing community defending Ireland’s coastline against the plastic tide. http://www.cleancoastsireland.org/2-minute-beach-clean.php